We exist for, and are owned by, our members

The board of directors is composed of nine Verity members. They volunteer their time to meet regularly, discuss strategy and make decisions for the good of the credit union. Board members are elected each year at the Annual Meeting. 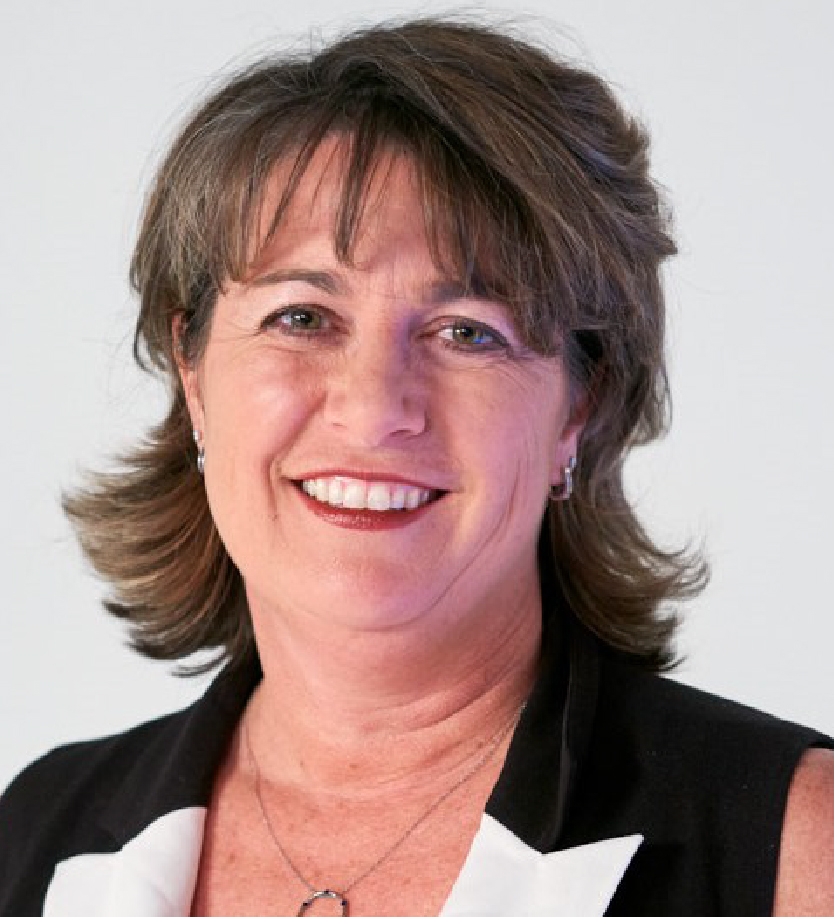 Nancy Woodland currently serves as the Chair of the Board of Directors and spends her workdays as both a nonprofit consultant and an Executive Director. She is a partner with Ampersand Community, LLC fueling nonprofit transformation and excellence through trusting relationships and anti-racist diligence. In addition, Nancy spends half her workweek serving as Executive Director for the Learning Communities Foundation. Partnering with the Puget Sound Educational Service District, LCF raises funds in support of early learning and racially just and humanizing school systems overall. Nancy is a wife, mom to two almost-adults, sister, aunt and friend. She is a learner, lawyer and collaborator. She is not afraid to “do things differently” and is especially energized by Verity’s commitment to equity in its activities. Nancy has a BA from Michigan State University and a JD from Loyola University in Chicago. She litigated child abuse, neglect and foster/childcare licensing cases for four years as an Assistant Attorney General. She proudly serves as a board member for the National Diaper Bank Network, King County Children and Youth Advisory Board and hopes to continue service with Verity Credit Union. Most of what she has learned in life is from the times she simply showed up… willing. 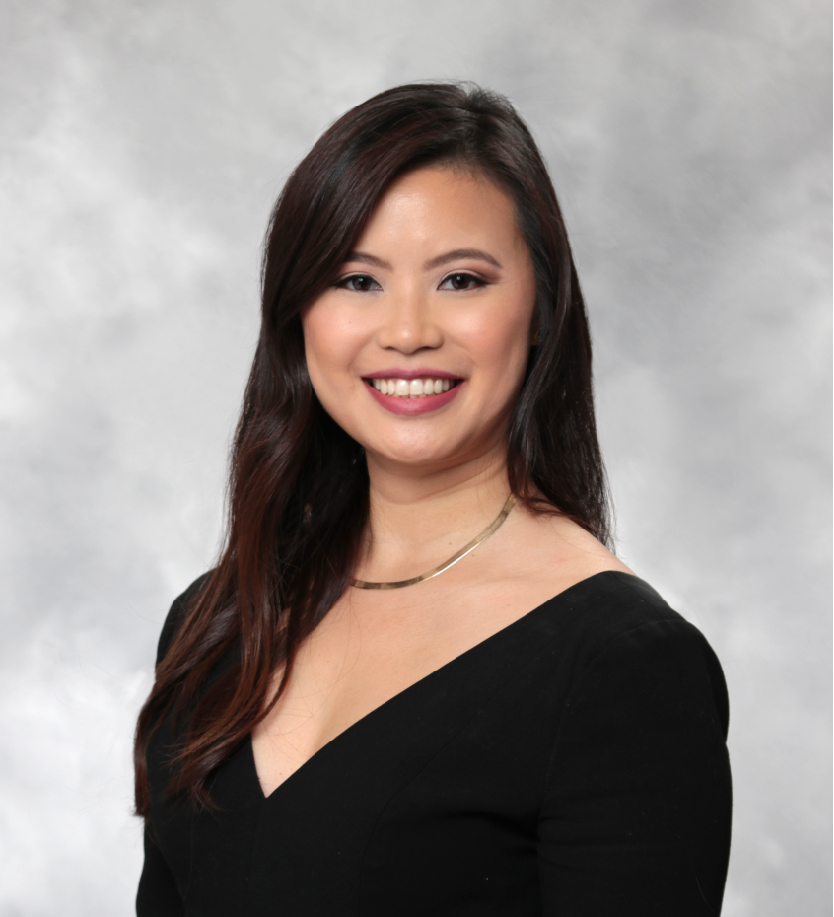 Michelle Pham has served as a Verity board member since 2020 and previously served as a board associate. She chairs the Experience Committee and serves on the Finance, Nominations, and DEI committees. Michelle earned a BA in psychology and art history from the University of Washington and a JD from Seattle University School of Law. She is a partner at Seattle-based firm Helsell Fetterman LLP, and practices intellectual property law and commercial litigation. In her spare time, she coaches UW Law’s national mock trial team, serves as Chair of the Washington State Bar Association's Litigation Section, and enjoys cooking and traveling. 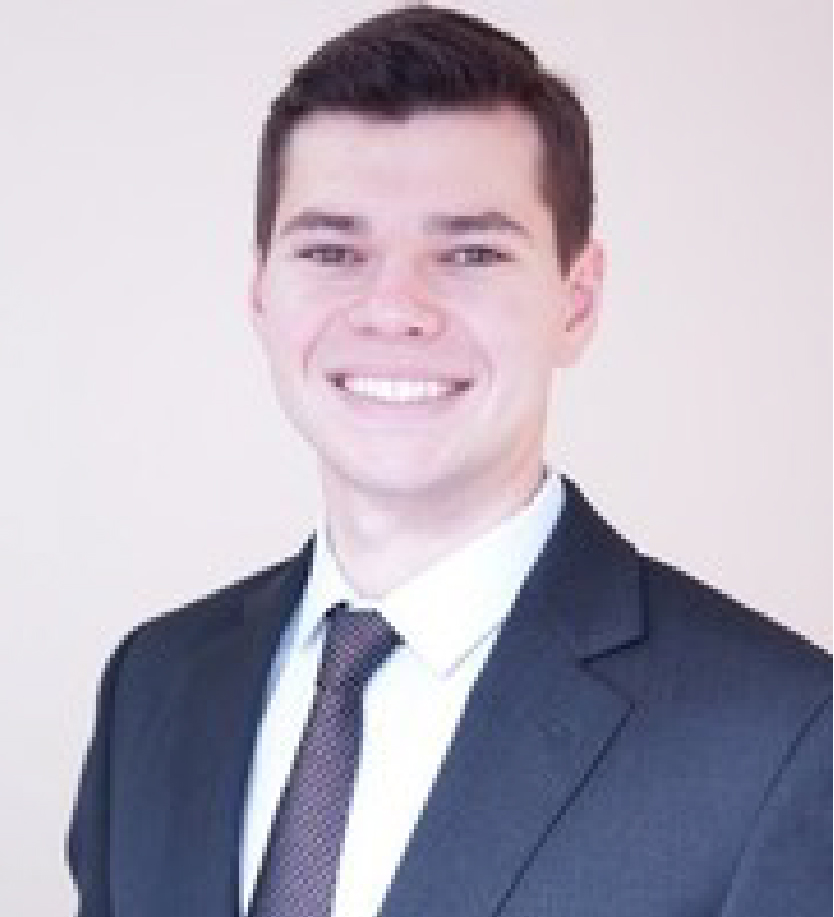 Nick Etscheid has served as a Verity director since 2020, starting as a Board Associate in 2019. He chairs the Technology Committee and is a member of the Finance Committee. A Seattle native, he earned a bachelor’s degree in finance from the University of Washington and currently manages international real estate expansions at Amazon Web Services. 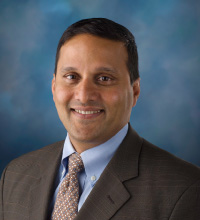 Vikash has been a member of Verity Credit Union since 1997 and began volunteering in 2019. Since 2019, he has served as a board associate, Supervisory Committee member, and board member. He earned a BA in Political Science from the University of Texas – Dallas and a Juris Doctorate from Southern Methodist University. Vikash has served in one federal agency since 1994 in a variety of legal roles and is currently a member of the Senior Executive Service. 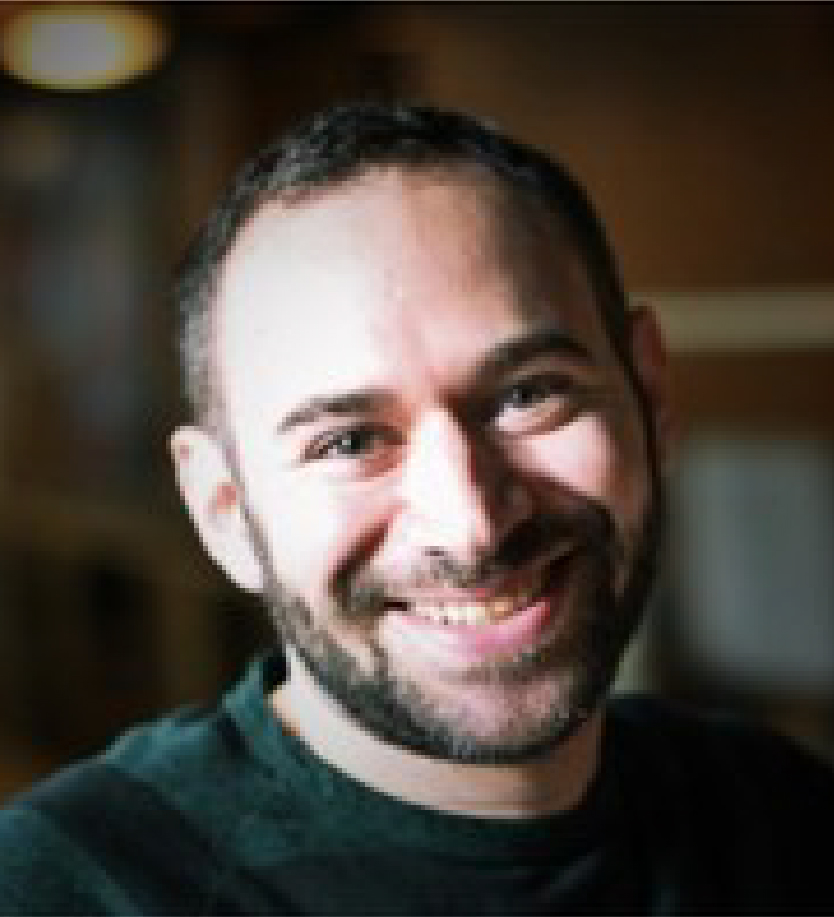 Michael Grenetz has been a board associate since 2017 and serves on the Experience and Governance committees. He has a BA in religious studies from Vassar College and currently works at Microsoft in Cybersecurity product marketing. Before moving into the technology sector, Michael spent most of his career working with nonprofits and conservation organizations, including Sierra Club and the Washington Toxics Coalition. 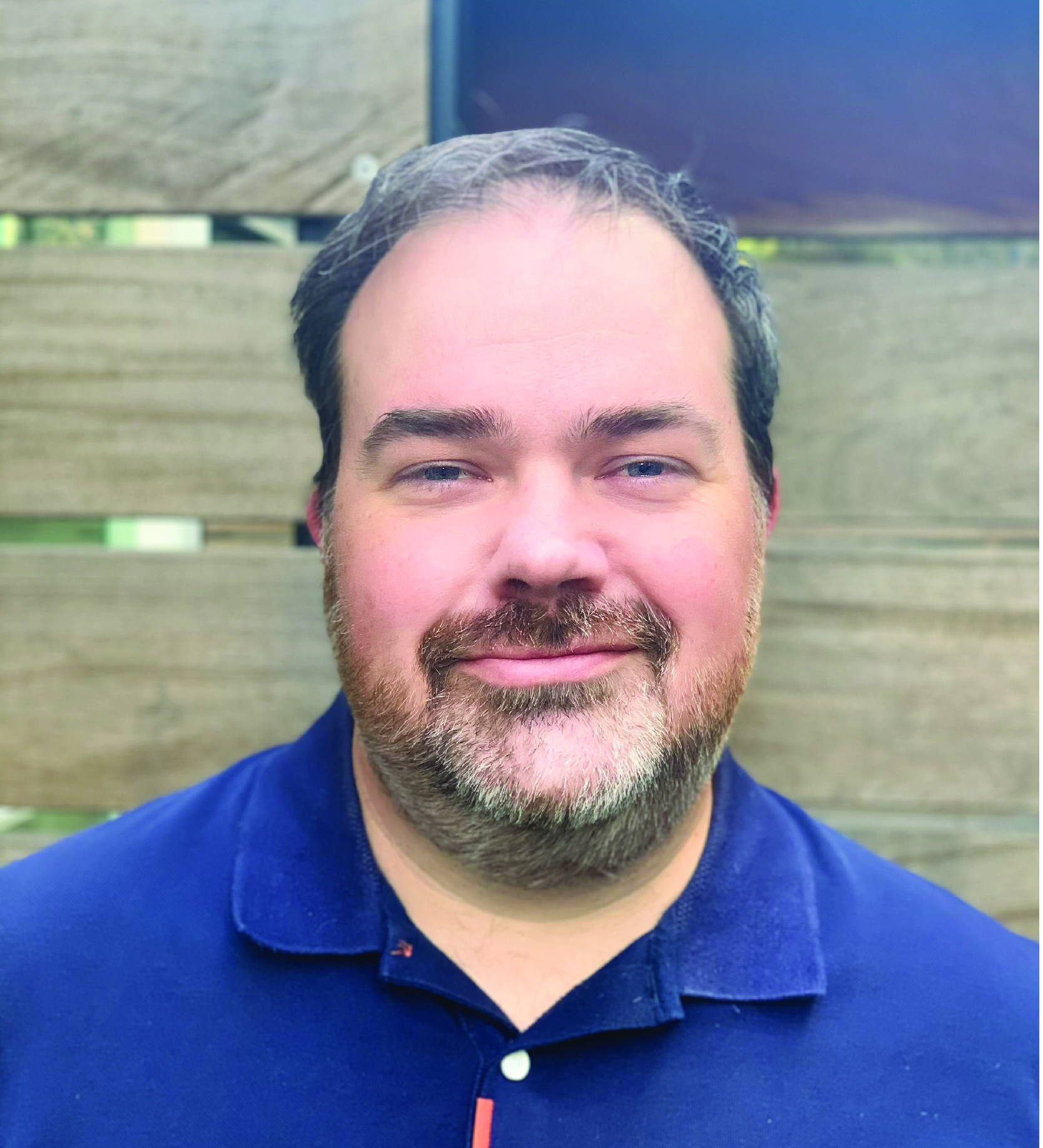 Chad has been a board volunteer since late 2020. During this time, he has served as both an associate and a director and sat on several different committees. He is a local product, graduating from the University of Washington in economics and political science. Chad spent the early part of his career in finance and banking, but currently works as an Agile and Product Management Consultant for Slalom. 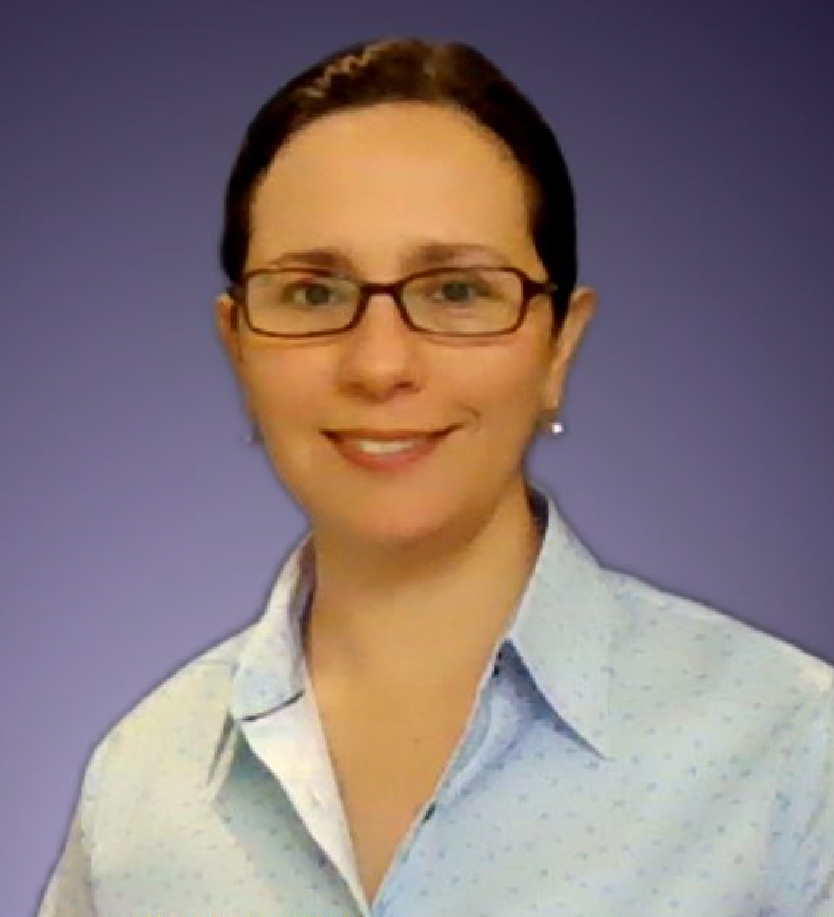 Pelin has been serving Verity as the Chair of the Finance Committee and a member of the Executive Committee since October 2021. She started serving Verity as a Board Associate in August 2020. Pelin is a finance professional with more than 11 years of experience, mostly in Fortune 100 banks, with responsibilities in financial planning and analysis, team leadership, governance and processes design, governance and improvement, investor relations, business case development and capital management. Pelin has an MBA from Columbia Business School and MS in Electrical Engineering from Boston University.

We also have a board associates program, which is a great introduction for future board members. Associates are able to participate on committees and sit in on board meetings without voting power. Contact Nancy Woodland, Nominations Committee Chair, to learn more.

The supervisory committee is an independent governing entity that shares responsibility with the board of directors. It monitors Verity leadership to ensure the credit union is safeguarding financial assets and reporting financials as required. Supervisory Committee members are elected at the Annual Meeting.

You can contact the supervisory committee by email at supervisorycommittee@veritycu.com or by mail: 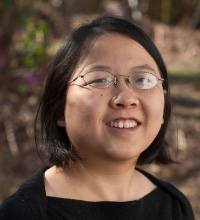 Zhu Zhu Xiao has been a Verity member since 2018. She currently serves as a member on the Supervisory Committee. Zhu Zhu is a Senior GIS Specialist for the Washington Surveying & Rating Bureau. She received her BS in Biology from the University of Washington. 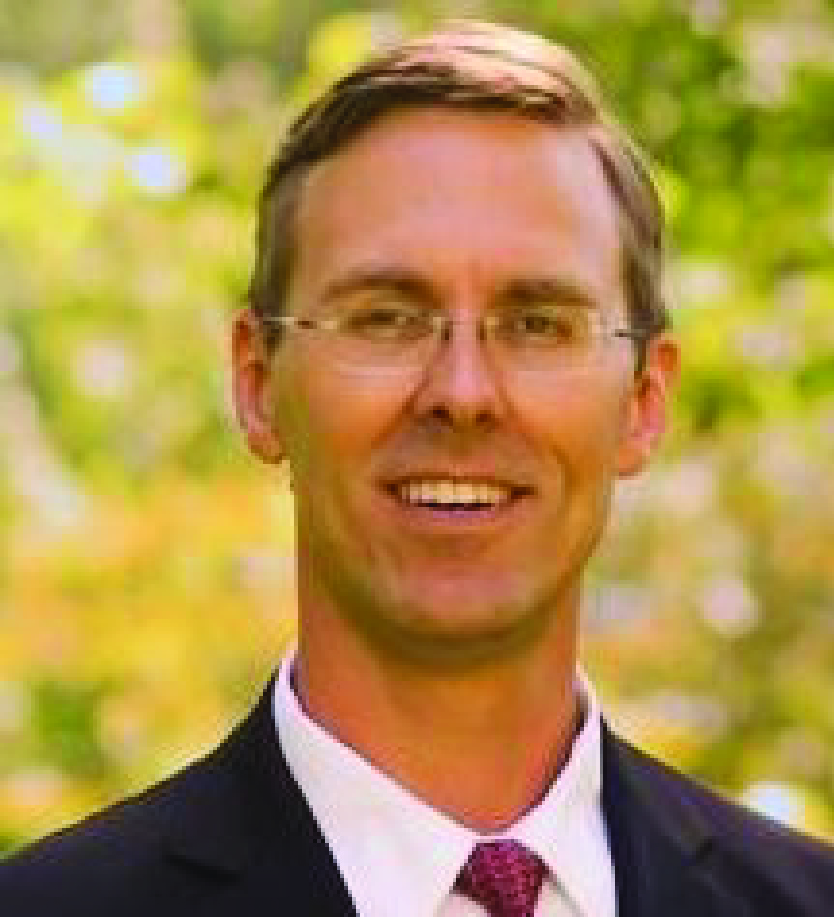 Tom joined Verity after moving to Seattle in 2019 and began volunteering as a board associate in 2020. He is a Product Manager at Fluke Corporation in Everett with a background in engineering. He holds a master's in business administration from the University of Virginia and a master's in electrical and computer engineering from the University of Florida. Tom is also a Certified Information Systems Security Professional, Eagle Scout, and 9-time veteran of Burning Man.

Our executive team leads the daily operations of the credit union and follows strategic guidance passed down from the board of directors. Members of the executive team can be contacted directly using the link beneath each bio. 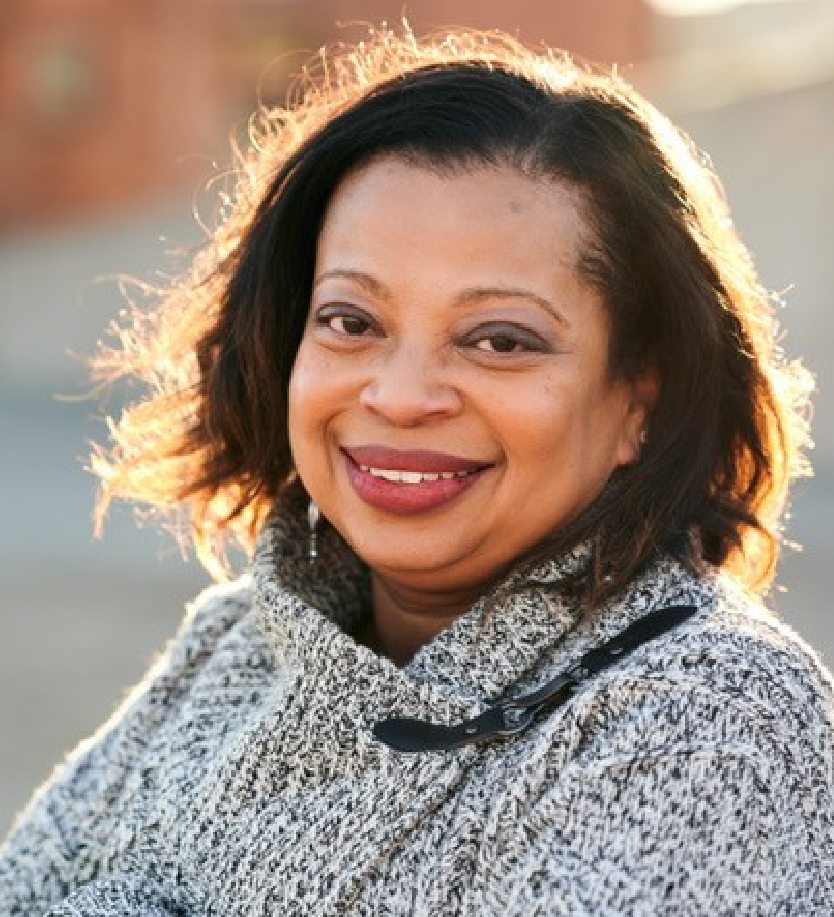 Tonita Webb was named the CEO of Verity Credit Union in early 2021, the first woman and the first Black American to be named CEO in the organization’s history. She continues to move Verity forward in socially responsible banking to create vibrant communities. Tonita brings a strong vision for harnessing financial tools, data and technology, with a passion for diversity, equity and inclusion, to enhance the lives of underserved members of the community.

As an Air Force veteran, an MBA and mother of four, Tonita leads by example and gives herself freely to her community work. She currently serves on boards for non-profits like Southeast Effective Development (SEED) and 21 Progress, as well as social enterprises like Pioneer Human Services. She is a champion of diversity and inclusion and is a frequent public speaker on the subject.

As important as her credentials are, Tonita learned empathy and compassion while being raised by her single mother in low-income housing projects in Virginia. Her mother’s work ethic has inspired her to lead, whether serving her country, her employers, or her members. 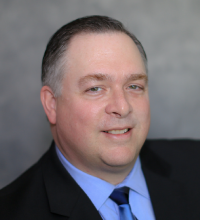 Jason joined Verity in 2014 and currently has over 30 years of experience in the credit union industry. After starting as a teller in his first credit union, Jason quickly moved up the ranks with roles in accounting and software support. Previously, Jason led the technology operations as the Vice President of IT at a Minneapolis credit union for 15 years. He believes that his technology team has a huge responsibility providing tools that are secure, available, and efficient, and meet the needs of Verity's membership and staff. He enjoys the challenges that come with the pace of change technology brings.

Jason received his BA degree from the University of Northern Iowa, majoring in finance and minoring in mathematics. He is also a 2005 graduate of the Credit Union National Association (CUNA) Management School in Madison, WI. Currently, in the spirit of “learning is life-long”, Jason is seeking his MBA degree online with the University of Iowa.

In his spare time, he volunteers many hours in his community coaching youth baseball and leading the local Scout troop supporting his two boys. In addition, for fun, he enjoys rooting on the Iowa Hawkeyes and the WSU Cougars, as well as golfing, boating, hiking and camping with his wife and two boys. 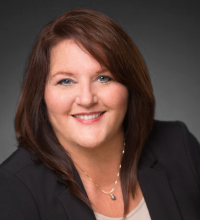 Tina joins Verity with a wealth of experience in the financial services industry. She started her career as a teller and has worked her way up through senior lending positions before ending up in executive leadership. In addition to managing all aspects of lending for billion-dollar loan portfolios, Tina has also helped lead organizational and cultural transformations at credit unions to improve member service.

In her role as Chief Lending Officer, Tina believes that her team is essential to helping people achieve their dreams. As such, she is responsible for contributing to the development of loan products and services and equipping her lending team with the tools they need to be successful.

In her spare time, Tina enjoys charity work, cooking and spending time with friends and family. She also enjoys traveling and visits a new destination every year. 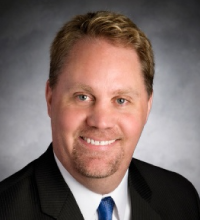 Brad joined Verity in 2018 and brought with him decades of experience in the financial industry. He “caught the bug for credit unions” as a teenager when working as a teller at Olympia Credit Union. He loves being part of the credit union movement because he believes in one of the key philosophies: people helping people. Before coming to Verity, Brad was the CFO at TruWest Credit Union in Phoenix, Arizona.

Brad is a “lifelong learner.” He has a post-baccalaureate degree in accounting from Arizona State University, a bachelor’s degree in finance from Western Washington University and is a graduate of Western CUNA Management School.

In his free time, Brad enjoys spending time with family and watching his daughter play volleyball. He also enjoys flying (he has his private pilot’s license), boating and golfing. 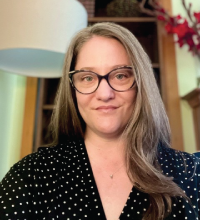 Angela started her career at Verity in 2007, working with members in our Northgate branch. In 2011, she joined the Human Resources team and found her true passion and purpose. Angela understands that people and culture are at the heart of everything we do. She works tirelessly to hear and amplify the voices of our employees, build strong and vibrant teams, and foster an inclusive work culture. During her time in HR, Verity has consistently been recognized as a best place to work.

Angela exemplifies lifelong learning. During her time at Verity, she earned her BA in philosophy from the University of Washington and is expected to complete her MA in Organizational Leadership from Gonzaga University next spring. She is also a graduate of Western CUNA Management School and a certified Credit Union Development Educator.

In her free time, Angela enjoys volunteering with Teen Feed, reading and learning about the lived experiences of people, and traveling with her husband. 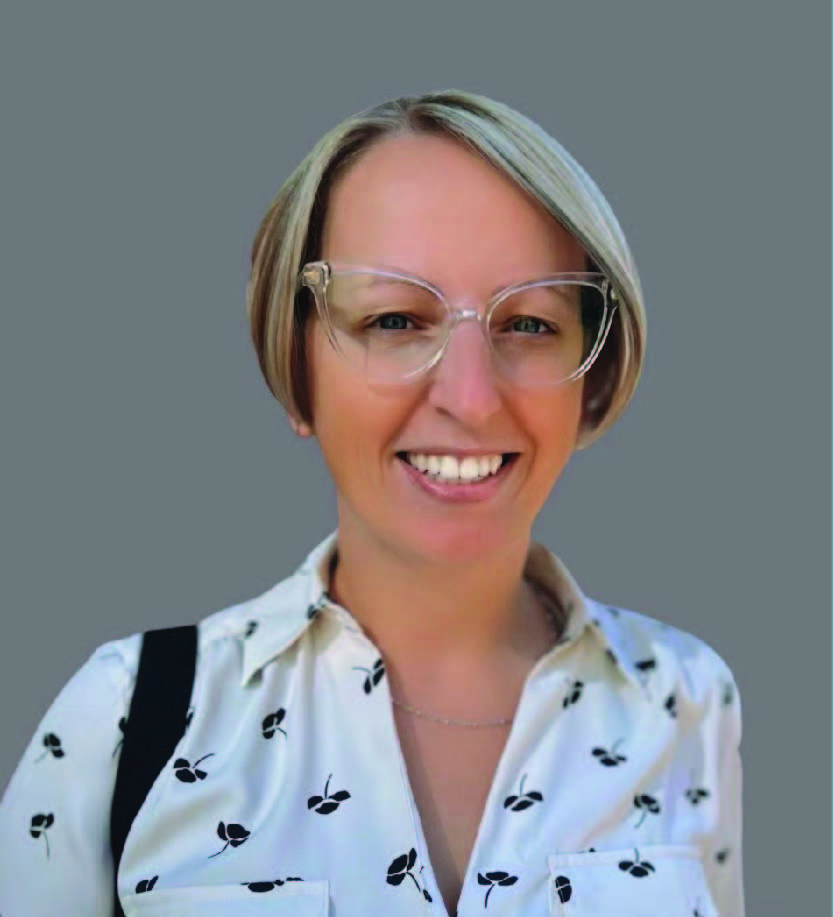 Alma came to Verity in 2022 with more than 25 years in the financial services industry, specifically in the areas of Risk Management, IT, and Project Management. While most people don’t find Risk Management and compliance exciting, Alma is passionate about the areas because she is able to touch every aspect of the organization and help keep members’ financial well-being safe.

Most of Alma’s professional career has been with credit unions because she is drawn to the underlying mission of people helping people. “When you join a credit union, you join a family.”

Alma has an MBA in finance from Western International University, and a bachelor’s degree in global business-finance from Arizona State University. She also holds several certifications in areas of Risk Management and Information Technology.

In her free time, Alma enjoys hanging out with her family, traveling, and hiking.