Covid-19 Update: Masks are optional in Verity Credit Union branches and offices for guests vaccinated against COVID-19. Unvaccinated guests are still required to wear face masks, and all visitors are asked to follow social distancing guidelines. Branches are open for walk-in visits, or schedule an appointment for quickest service. Access your accounts and perform many of your banking needs at any time with Digital Banking, Telephone Teller, and ATMs. Check out our Covid-19 information page for updates and support.

Juneteenth: A Reason for Celebration Indeed 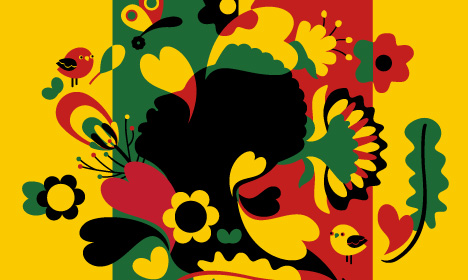 “The people of Texas are informed that, in accordance with a proclamation from the Executive of the United States, all slaves are free. This involves an absolute equality of personal rights and rights of property between former masters and slaves, and the connection heretofore existing between them becomes that between employer and hired labor. The freedmen are advised to remain quietly at their present homes and work for wages. They are informed that they will not be allowed to collect at military posts and that they will not be supported in idleness either there or elsewhere.” —General Orders, Number 3; Headquarters District of Texas, Galveston, June 19, 1865

I recently read this article “What is Juneteenth” by Henry Louis Gates, Jr., and was taken back by the conditions that were placed on Black men and women immediately upon announcing their freedom. I had seen the first part of this order in other readings, but those articles had left out the qualifiers at the end. “You’re free,” this order seemed to say, “as long as you go back to work, keep quiet, know that you can’t serve in the military, and don’t be caught doing something other than working.”  Wow. Really? There is nothing about the above statement that says absolute equality.

This announcement wasn’t just a few months late, either. Remember that the Emancipation Proclamation itself, ending slavery (at least on paper), had taken effect two-and-a-half years before. When this final order was announced, there were still 250,000+ people living in slavery in Texas. It was up to the plantation owners to decide whether to tell their slaves the news, or wait until a government official came by and forced them to. Many of them, I read, purposely waited until after the harvest to share the news so they could continue to use free labor.

As a white woman, I can’t even imagine what it was like for those who had the courage to step out on their own and embrace their freedom. I read about one case where a Black woman named Katie Darling, continued working as a slave for another six years out of fear of being whipped and beaten.

Hardly the recipe for a celebration—which is what makes the story of Juneteenth all the more remarkable.

Dr. Gates references Elizabeth Hayes Turner’s essay, “Juneteenth: Emancipation and Memory,” (available in Google Books) where she quotes an individual who was taught the tradition of Juneteenth. “’The 19th of June wasn’t the exact day the Negro was freed. But that’s the day they told them that they was free … And my daddy told me that they whooped and hollered and bored holes in trees with augers and stopped it up with [gun] powder and light and that would be their blast for the celebration.’”

A reason for celebration, indeed. This was one step, and a big one at that, in moving Black people toward freedom. Imagine the world we would live in when the people of our country celebrate the freedom of all individuals, with equal zeal and zest. I hope that more and more people are learning about the meaning and significance of this important holiday, that all Americans take a moment to reflect on the violent history of our country and the progress that has been made in the fight for equality for all individuals, and that we someday truly achieve what General Granger laid out in his orders for “absolute equity” without limitations or conditions in a truly diverse and inclusive society.

Taking a Stand Against Anti-Semitic Hate