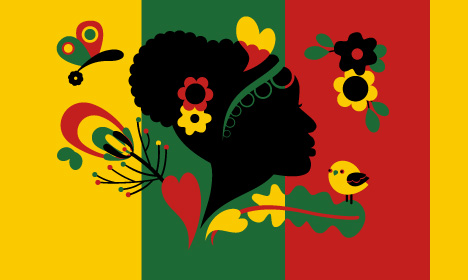 Juneteenth, the newest federal holiday, is a day for celebration, reflection, and learning.

We celebrate because of what the day means: freedom from slavery and freedom for all.

We reflect because of what has and hasn’t changed since slavery in the U.S. ended, and how we can support an equitable society where everyone has the chance to thrive.

We learn because even though progress has been made in the U.S. since the ending of slavery, there is still much work to be done and systems to dismantle. Descendants of slaves have historically been left out of the financial system because a myriad of laws and programs, all rooted in discrimination based on the color of their skin, leading to long lasting financial inequities.

If you’re looking for ways to celebrate, reflect, and learn, we have some ideas on how to spend Juneteenth this year.

For the 6th year in a row, the It Takes A Village: Juneteenth celebration will be at Othello Park. The annual event celebrates the Black community and provides opportunities for others to learn about the Black experience in the U.S. The event also celebrates the diversity of culture that makes up our neighborhoods, connecting people to resources they need to live their best lives, while enjoying a day spent in and with community, sharing food, ideas, goods, and more. While you’re there, come say hi to us!

If you can’t make it to this amazing event, you can celebrate Juneteenth in other ways, including being intentional in supporting Black-owned businesses. We invite you to explore listings on intentionalist.com.

The history of June 19th, or Juneteenth, is the celebration of freedom for people living in slavery in Texas after finding out that the Emancipation Proclamation was passed into law. This announcement wasn’t just a few months late either—the Emancipation Proclamation, ending slavery (at least on paper), had taken effect two-and-a-half years before. When this final order was announced, there were still 250,000+ people living in slavery in Texas. It was up to the plantation owners to decide whether to tell their slaves the news, or wait until a government official came by and forced them to. June 19, 1865 is when that official message from the U.S. government finally reached Galveston, Texas. People living in slavery had their freedom granted, but in many ways it wasn’t.

Throughout the years after June of 1865, Black people were attacked financially, corrupting the core of generational wealth with events like The Great Migration, The Tulsa Race Massacre and Redlining, which is still a tactic used in today’s real estate and not only has an effect on generational wealth but education as well. These financial barriers played a significant role in creating the wealth gap we face in the world we live in today. It’s been 156 years since people in Galveston finally received notice of the Emancipation Proclamation, 95 years since the 15th Amendment established voting rights, and yet we are still faced with challenges of inequity.

Even though Juneteenth has become a federal holiday and is a time to celebrate, we acknowledge that there is more work to do in repairing the damage and inequities of slavery. We invite you to learn more about some community partners working to do just that.