If you are experiencing problems logging in to Digital Banking, please clear your browser cache and cookies. If you need assistance, please review directions from our FAQ. We apologize for the inconvenience.

Covid-19 Information: Branch lobby access limited and available by appointment only and Saturday hours are reduced. Check out our Covid-19 information page for updates and support. 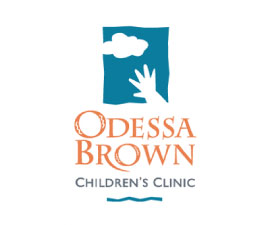 Verity Credit Union is committed to creating strong and viable communities through focusing on our core tenets: people, planet, and prosperity. We look forward to sharing stories that reflect these values as one way of contributing to a more inclusive, equitable and informed community.

In honor of Black History Month, we would like to honor Odessa Brown Children’s Clinic (OBCC) who, along with Verity, will call the Othello Square Development their home.

Odessa Brown Children’s Clinic is named for a Black woman who dedicated her life to equitable healthcare and access for underserved children in Seattle’s Central District. Born in Arkansas in 1920, she experienced difficulty obtaining the health care she needed. At one visit to a Chicago hospital, she was turned away and denied care. Brown reportedly said to the staff, “I am black and poor, but I will leave in peace so that I can keep my dignity.”

Brown moved to Seattle and became a community organizer. After her death in 1969, the community named their health clinic in her honor. Now, decades later, the OBCC has grown into a fully comprehensive health clinic that embraces its community’s needs.

We very excited to become neighbors to the Odessa Brown Children’s Clinic when Verity opens its ninth branch in Southeast Seattle. Thank you for all you provide to our community, OBCC!